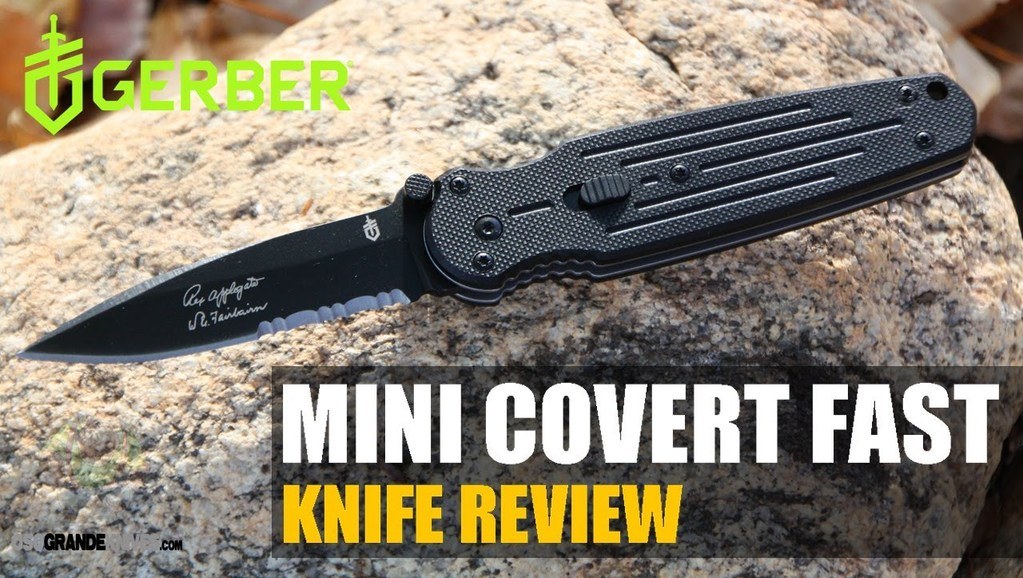 When you buy a folding knife the least you can expect from it is that it can open and close easily. As well as lock in place whatever the required position be. If you can’t get that right then really nothing else matters much. I have gone through and looked at over dozens of pocket and folding knives.

I can honestly tell you that no knife that I have looked at has a 100% customer satisfaction when it comes to these seemingly simple concepts. It is not only really uncomfortable and frustrating to have a knife that just doesn’t function properly. It also happens to be potentially dangerous. I have to put this thought out there just based on the number of times I saw these complaints. The problem I have is that I have no clue who exactly is to blame.

I end up recommending knives to people who at times can’t even manage to open them and now hate because “I” made them waste their money. No worries I get that some people will not agree with everything I say that is part of the job. It is however troublesome the number of issues people are actually facing. With that out there, I am going to talk about a great little knife. That apparently has had opening and lock issues. 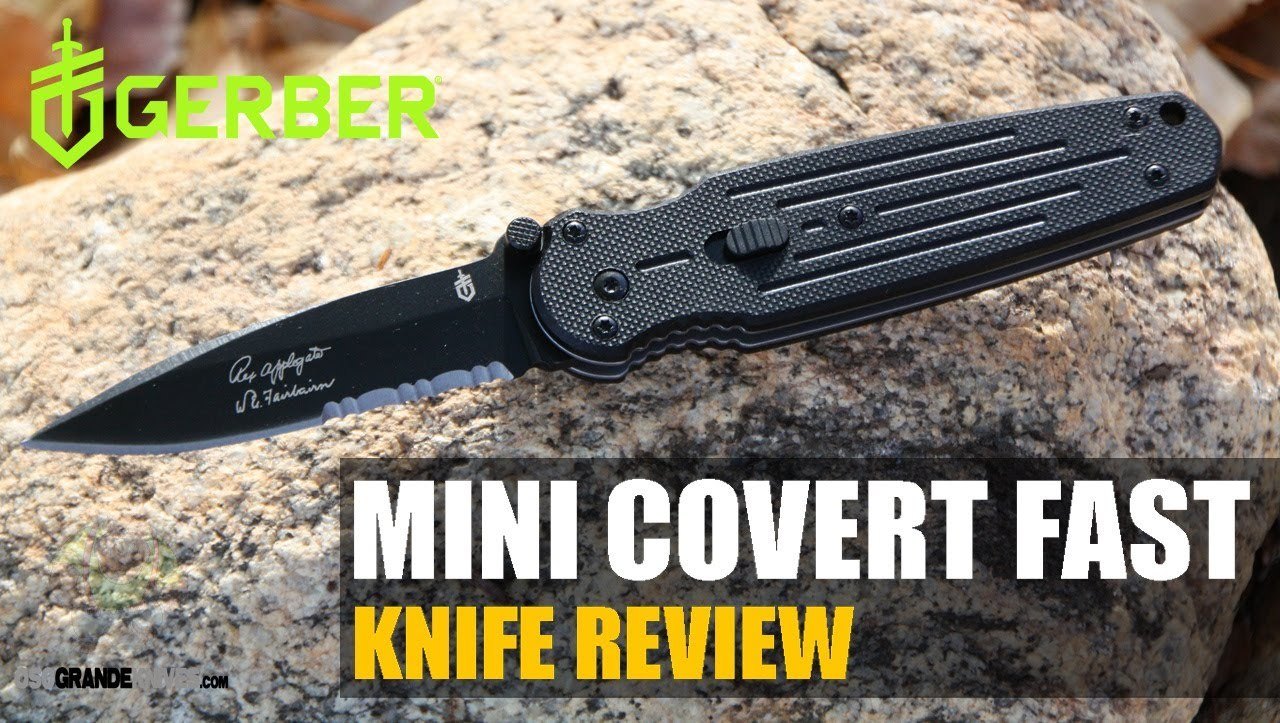 With that out there, I am going to talk about a great little knife. That apparently has had opening and lock issues.

I am talking about the Gerber Mini Covert FAST Knife. When I first got this knife, the first thing that popped into my head was “Thank God it was a gift.” It screamed overpriced commodity! That was before I delved into the issues it may or may not have. That is when I actually started to understand all the hate mail Gerber is getting over this knife. It has a 2.9 nine inch blade which in turn is very thin. So your cutting surface is not great.

It extends to 6.85 inches at its maximum length. That is not so bad actually. It weighs 3.2 ounces. No big deal really, but people generally expected something lighter. G-10 handle like many other Gerber products. Not a big fan in general, but not the worst feature. I think the knife is sharp, however being a smaller product it really doesn’t help to have a half serrated blade at 2.9 inches.

That leaves you with a very small cutting surface if you want clean cuts. You will almost inevitably catch some of the serrated parts. Which will make for uneven cutting. Vise verse making it harder to cut ropes with the serrated part of the blade. So let’s get to the part where people got real critical of this knife.

I am not going to be the person to tell anybody how to run a business. I do though find it quite odd that every single Gobber knife has a different opening system. I have not opened them all up to find that they are all different, but this is how they are being advertised. I would much rather have one system that I know works and implement it on all of the knives. In this case, the F.A.S.T. Technology Assisted Opening just seems to not work properly.

Users have reported issues when opening and closing. Yeah, what else is new? Well, they have also reported that the knife never actually locks in place properly. Not when extended nor when folding. Like I said I think that the lock function above all things should work properly. Even if it just malfunctioned in some cases, it's just too many to ignore in my book.

The device just does not function consistently. I can handle hard to open, but not malfunctioning locks. There are some good sides to this knife. The blade is decent even though it has its perks like I mentioned. It is very small. Not bulky at all is also a recurring thought people had. The biggest issue is the real value of the knife. 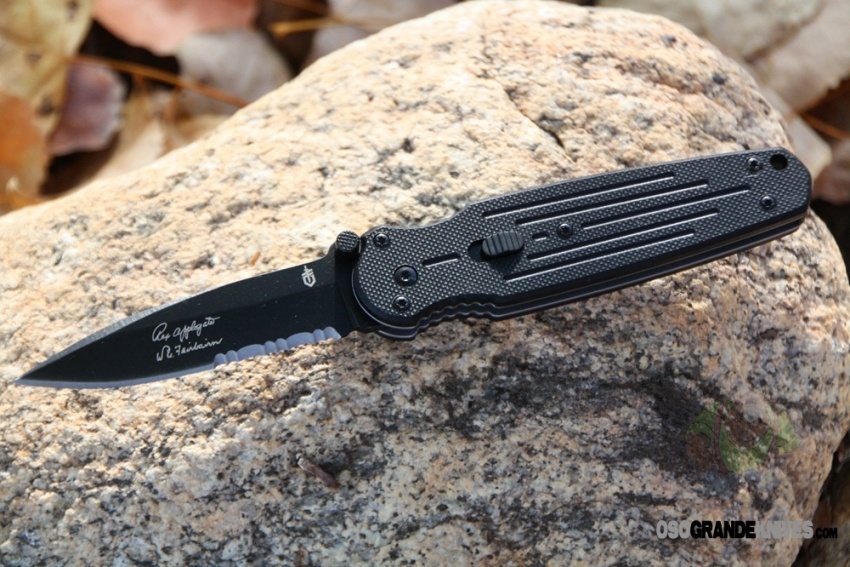 Not a Great Value Pick

I don’t know what the production cost for this knife is. I do know that if they could remarket this product and sell it in 10 to 15 dollar price range it could really take off. Because in that case, I would be saying well yeah it has its issues, but you are getting your actual money’s worth. At 45 ish Gerber ends up owing you a whole bunch of money.

Especially in regards to the safety concerns. If it was just a dull knife or something I would be the first to say well sharpen it. When safety is involved, that is a real issue. Then I would actually have to rethink about buying it even 10 or 15 dollars. It’s actually sad I would have wanted to like this knife. That was just not the case. 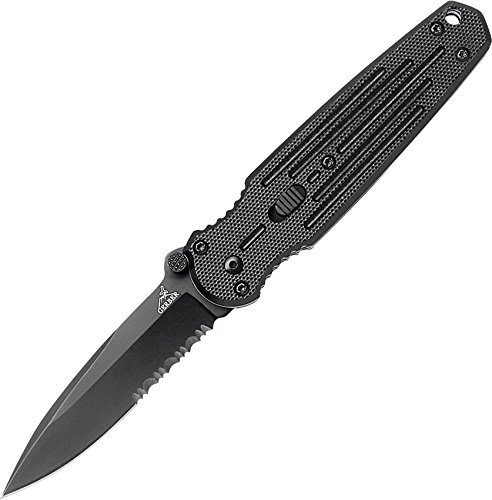 Like I always say tools are a fit based buy. The sad thing is that with many made in China products you just can’t be certain what you are going to get. This routinely happens to Gerber with the lines they make in China.

I have previously applauded the move as it generally gives people a chance to get obtain a decent product at a reasonable price. In this case, the price is not reasonable, and the product is not decent. This isn’t going to stop me from buying Gerber in the future.

I just will be more careful to investigate what line it comes from. Sorry for ruining this product for you! If you still have doubts don’t forget to visit it’s Amazon