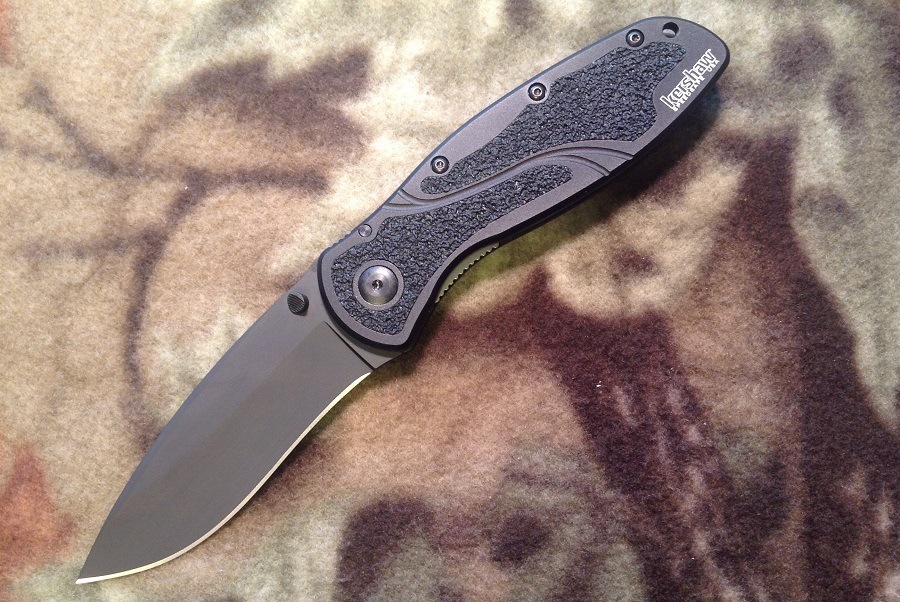 Choosing the right pocket knife is something people take seriously because they know that not all knives have been created equally. When people want a high quality knife that is going to make them proud to use and even show off, the Kershaw Blur Black Pocket Knife is their top choice.

In this review, we are going to talk a little more about the features of the Kershaw Blur Black Pocket Knife, but we are also going to give you an overview of what people who have purchased the pocket knife had to say about their overall experience with it. 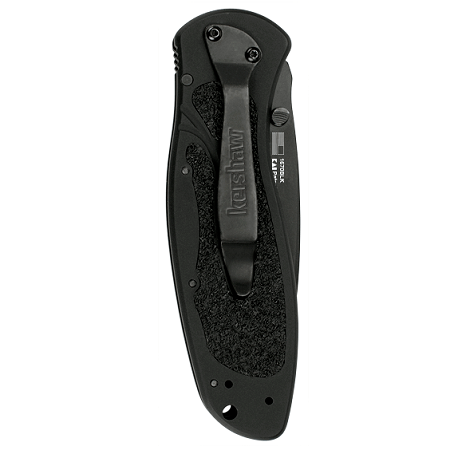 Then, we’re going to give you our recommendation on whether or not this sleek pocket knife is something you should consider buying as a gift or just for yourself.

The Kershaw Blur Black Pocket Knife resembles other classic tactical pocket knives on the market. This knife is available in several different designs, colors, and blade shapes. However, the standard knife features a hollow ground drop point blade. The black Diamond Like  Carbon Coating makes this knife look much more expensive than it actually is.

Notable features of the Kershaw Blur Black Pocket Knife include:

This multi-tasking knife features SpeedSafe Assisted Opening technology that allows the knife to be opened quickly and easily. To open the knife, you just have to push on the thumb stud or pull back on the flipper.

The knife features a strip of stainless steel that has been riveted inside the handle of the knife. The result of this placement is a slimmer, lightweight knife that hasn’t sacrificed the strength or security of a locking liner.

The handle of this knife is made from a durable 6061-T6 anodize aluminum – the same aluminum used for aircraft fittings. This aluminum is another reason why the knife is so lightweight, every durable, and is scratch0resistant. The handle also features Trac-Tec grip tape inserts. These inserts provide you with a solid grip.

When looking at what people had to say about the Kershaw Blur Black Pocket Knife, the vast majority of customers had really great things to say about this blade. People felt there was ample amount of traction on the knife and it fit comfortably in the hand. 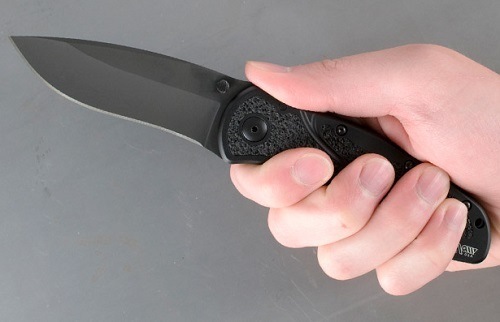 They were very impressed by how sharp the edge of the blade was straight from the factory. Some people also commented the blade retention was impressive and the locking mechanism was solid and very secure. They liked the thumb studs on the knife, which made opening the knife easier.

Although the majority of customers had great things to say about this pocket knife, there were a small group of people who had some concerns. Of these concerns, a couple people commented their knives made a “rattling” noise when the knife was open and the user shook the knife.

One person went on to say that the lock will disengage and the blade will begin to close. Because of this, the customer felt like they couldn’t use the blade for anything other than light cutting.

Other concerned customers mentioned having an issue with the blade. One customer said their knife arrived unsharpened, while another reported they only used the knife to cut down cardboard, but there were chips in the blade. Another customer was disappointed that the black diamond like carbon coating was already beginning to rub away only after a few months of use.

There will always be a need for folding pocket knife like the Kershaw Blur Black Pocket Knife. It doesn’t matter if you are working around the house, if you’re camping, or if you get lost in the woods – a good folding knife can be incredibly useful.

We like this folding knife because has a solid feel and the grip is quite nice. When you are working with this pocket knife, you can rest assured that the knife won’t slip out of your hand.

The knife features an inset liner lock that is made from a strip of stainless steel. This strong material enables the knife to be very lightweight and slim, but without sacrificing strength and security you would expect from a locking liner. 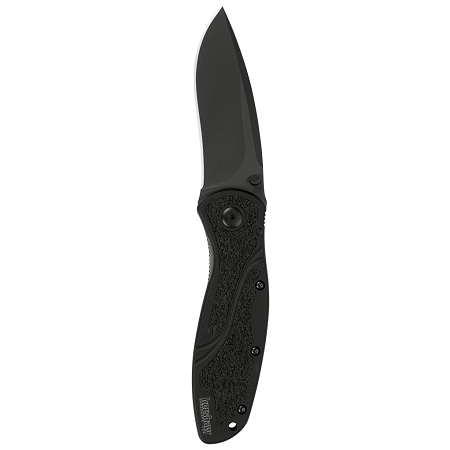 A nice feature of this knife is having the ability to change the tip position by switching which side the pocket clip sits. The sharp Sandvik 14C28N stainless blade steel features a diamond like carbon coating that enhances the look of the knife, but ensures that it is resistant against corrosion.

If you’re looking for a high quality pocket knife that functions as good as it looks, then this is a great option. The knife opens easily, the inset liner lock holds the blade in place, and the anodized aluminum handle will launch this knife into that “can’t leave home without it” category.