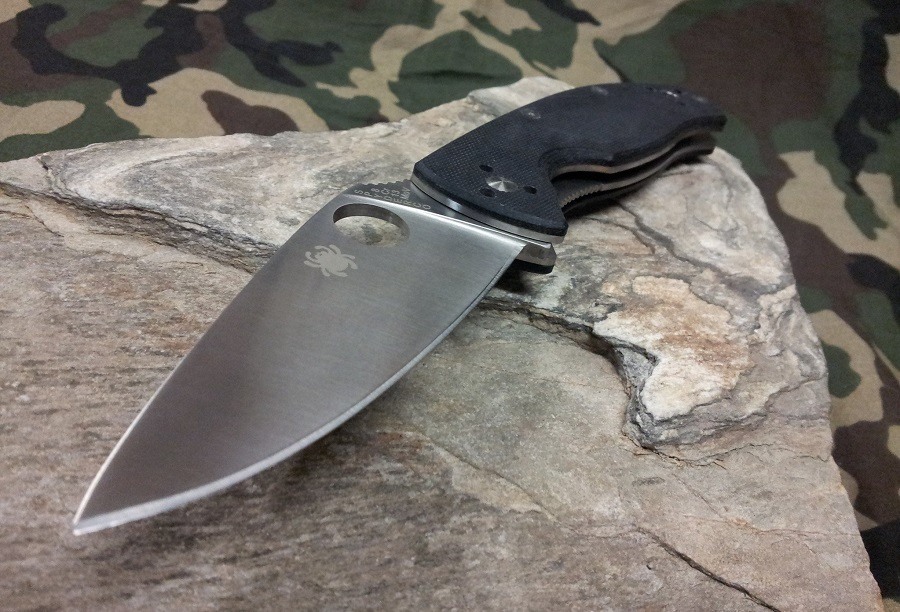 The perfect folding knife doesn’t have to cost a small fortune, nor does a budget friendly knife mean it is going to look bad or function poorly. The Spyderco Tenacious Plain Edge Folding Knife is an example that you can get form and function at an affordable price.

In this review, we are going to talk a little more about the features of the Spyderco Tenacious Plain Edge Folding Knife, but we are also going to give you an overview of what people who have purchased the pocket knife had to say about their overall experience with it. 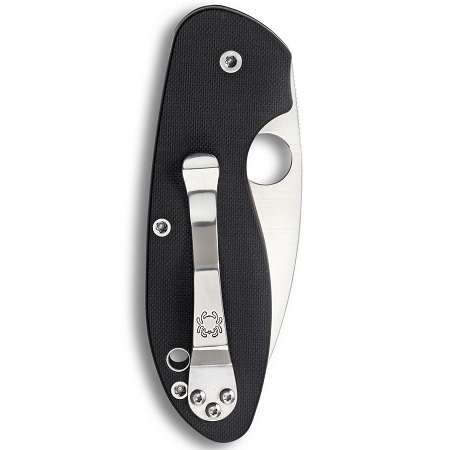 Then, we’re going to give you our recommendation on whether or not this folding pocket knife is something you should consider purchasing to add to your knife collection.

The Spyderco Tenacious Plain Edge Folding Knife features a leaf point blade that is made from 8Cr13MoV Steel. The blade has a full flat grind and features a satin finish which gives the blade a sophisticated look for the average person. The handle is made from G10 composite scales that have a texture that allows you to grip the knife with confidence.

The distance between the handle and the beginning of the sharp edge is very short. There is an angled plunge line on the knife, which allows you to choke up to the blade for optimal control.

The pocket knife features an open back construction which will make cleaning any pocket lint a cinch. The liner lock is easy to engage and releasing the lock is as intuitive, thanks to the cutout on the presentation side of the knife.

On the reverse side, there is a polished pocket clip that you can use to secure the knife in your pocket, thus giving you the peace of mind that it won’t fall out of your pocket when you move.

If you don’t want to carry the knife in your pocket, you can look a lanyard through the designated hole. You needn’t worry about the sharp edges cutting your lanyard because there is a hollow tube that runs all the way through.

When looking at what people had to say about the Spyderco Tenacious Plain Edge Folding Knife, the majority of customers had great things to say about this knife. Customers were impressed by how sharp this blade was right out of the box. One customer reported they did an edge test and it was able to cut through dry poplar branches with ease. 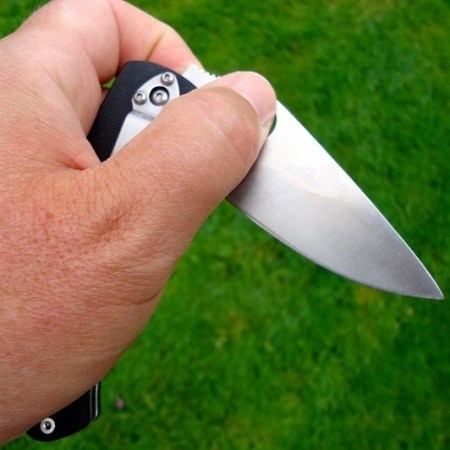 Other customers were pleased by how sleek the knife looked, but more importantly, how smoothly the blade opened and closed. People went on to say they didn’t experience any wobbling when the blade was fully extended.

There were a few people who felt like this blade was quite impressive and it exceeded their expectations. They felt the construction of the blade was impeccable and when they flipped it open, it did so with ease.

For this, they felt the blade would be a great thing to keep on their person and use for self-defense. Folks also were impressed by the price of this pocket knife. For the quality and easiness at which the blade opens and closes, customers felt it was a steal.

At the other end of the review spectrum, there were a small amount of people who were less than impressed with this pocket knife. These customers felt that the knife was a little too large for their liking.

They went on to say that because of the size of the pocket knife, you would not be able to put anything else in your pocket, but also your hand get caught on the clip if you decided to clip the knife to your pocket. Others complained that the inner lock was touchy and they were nervous to even tap it lightly.

There were a couple customers who found that the blade would rust easily if you don’t coat it lightly in oil. One customer reported they had purchased this pocket knife to take with them when camping or backpacking. They went on to say that the knife is best suited for day to day tasks and it isn’t capable of the type of heavy use it would see while in the woods or for survival.

The Spyderco Tenacious Plain Edge Folding Knife is an affordable pocket knife that does not scrimp on quality. The blade is made from strong 8Cr13MoV Steel and it is razor sharp. You can take this blade out of the box and begin using it right away without needing to sharpen it.

The handle of this knife is texturized so that it will be easier to grasp. There is a belt clip on the back of the knife that you can use to clip it to your pocket or belt loop. All of the metal features a smooth satin finish, which only adds to the sleek look of the knife. 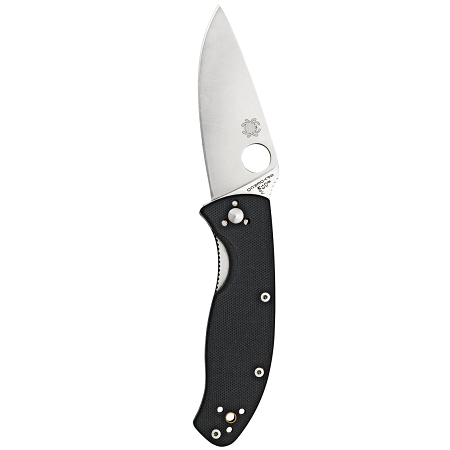 We like this pocket knife because it is functional, stylish, and affordably priced. We can appreciate that this knife is a no-frills type of pocket knife, but that doesn’t mean it is lacking in quality or performance. When you need to open the knife, you can flip it out quickly and it will immediately lock into place.

The ease at which the knife opens makes it a great pocket knife for self-defense, but also for daily use around the house. We don’t really recommend this knife for more intense tasks because the blade is on the shorter side.