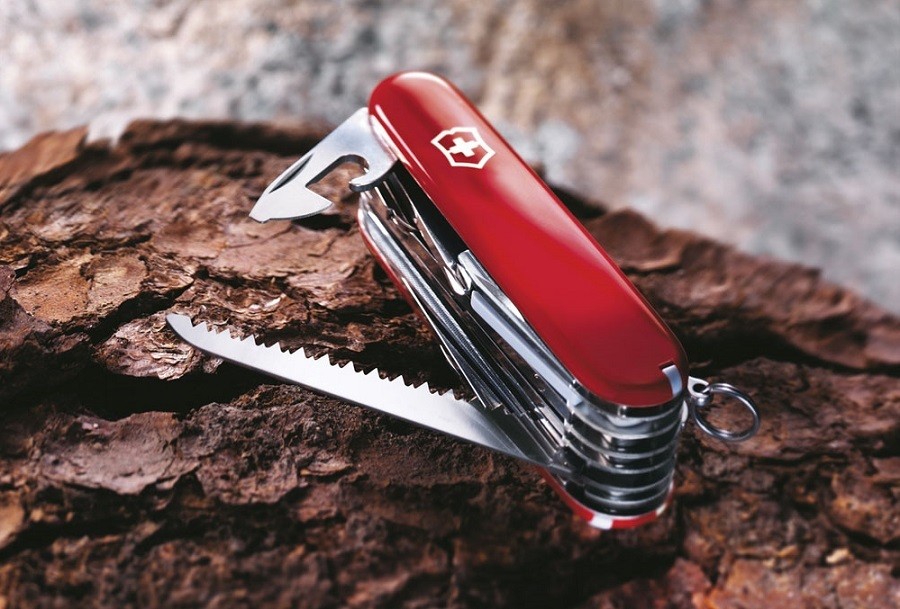 It doesn’t matter if you are camping, fishing, hiking, or just working around the house, a pocket knife can be a very useful tool to have on hand. When you think of a utilitarian pocket knife that can do just about anything, no other pocket knife can compare to the Victorinox Swiss Army SwissChamp Pocket Knife.

In this review, we are going to talk a little more about the features of the Victorinox Swiss Army SwissChamp Pocket Knife, but we are also going to give you an overview of what people who have purchased the pocket knife had to say about their overall experience with it. 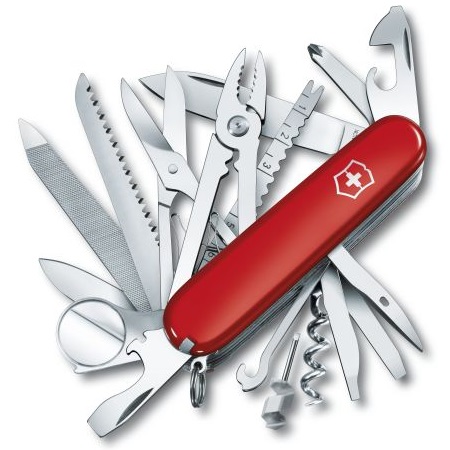 Then, we’re going to give you our recommendation on whether or not this multi-tool pocket knife is something you should consider purchasing to add to your home, vehicle, workshop, or camping gear.

The Victorinox Swiss Army SwissChamp Pocket Knife is a tool that is ready for anything (and almost everything) you throw at it. This compact pocket knife has managed to fit an incredible 33 functions within a very small space. Each tool on this pocket knife is made from high quality materials, even if they are scaled down to fit in your pocket.

The blades on this knife may not make you say “wow” in terms of aesthetics, but when you use them to cut, you won’t be disappointed. Each cutting blade has received a razor sharp grind, so the blades will be ready to cut anything you put in front of it.

Should the blades become dull over time, you can quickly and easily bring them back to their sharp razor edge simple sharpening tools.

Although this pocket knife has managed to cram 33 tools into one compact package, it does not mean it is going to be too bulky or cumbersome in your pocket. The Swiss Army Knife is known for durability and even after a decade of use, you can expect the hinges to remain tight and smooth when opening and closing each of the tools.

When looking at what people had to say about the Victorinox Swiss Army SwissChamp Pocket Knife, the vast majority of customers had nothing but great things to say about their pocket knife. Of these positive reviews, people remarked that they have had their pocket knives for well over 5 years without experiencing any difficulty opening and closing any of the tools. 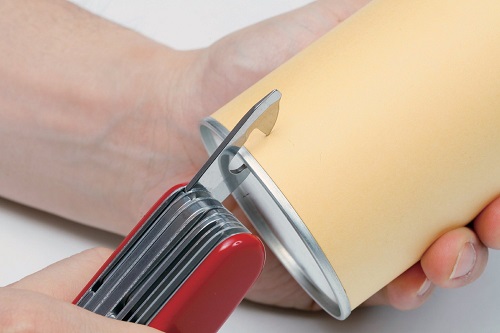 Customers have said that they never leave home without this tool, but they also own several. Some commented they have given this knife to friends as gifts and they were always well received.

Customers also commented that they use this knife when they go hiking or camping and it proves to be very useful. They love how versatile the knife is. They can cut ropes or fishing line with ease, file a nail, read tiny instruction manuals with the magnifying glass, and even saw thin twigs, open a wine bottle, or open a beer.

We would like to report that every customer who left a review for this product had great things to say about the pocket knife, that wouldn’t be accurate. Some customers felt this pocket knife was poorly constructed and some of the tools were missing.

These customers commented they felt they were sent a cheap knock-off and not an actual Victorinox Swiss Army SwissChamp Pocket Knife.

Other customers reported some of the tools in their pocket moves a little bit in the plastic housing, although not enough to cause the tool to pop out on its own. A small handful of customers reported the knife they received had scratches and other obvious signs of use, including debris inside the housing.

Some people also mentioned that the plastic housing of their pocket knife arrived broken, or broke within a short period of time after receiving the knife.

As someone who likes to be prepared for anything a multi-tool pocket knife like the Victorinox Swiss Army SwissChamp Pocket Knife can be incredibly useful. This pocket knife has a whopping 33 tools in a very small but bulky package.

Every cutting blade in this pocket knife has been sharpened to a razor’s edge. The leading edge on the blades are durable and should the blades become dull over time after regular use, you can easily bring back that sharpness with simple sharpening.

We like this pocket knife because it has been constructed to last for years. This versatile tool is the perfect addition to any bug out bag or first-aid kit. The pocket knife isn’t the most lightweight or compact product on the market, so you may not want to carry it in your back pocket. 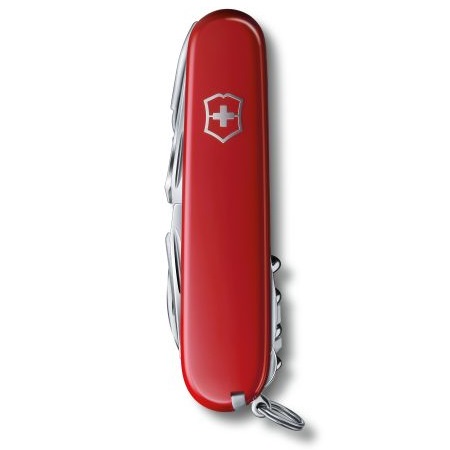 We want to note that this is not going to be an inexpensive pocket knife; however, it is definitely worth every penny. The craftsmanship alone of this pocket knife makes it a wonderful value, but when you also take into consideration there are 33 tools contained in this small package – you can certainly get plenty of use out of it.

If for some reason your pocket knife breaks or there are any defects, you can rest assured in knowing there is a lifetime guarantee included with this knife. In our opinion, you don’t have anything to lose if you do purchase this pocket knife and it breaks. You can just contact Victorinox and utilize the warranty.